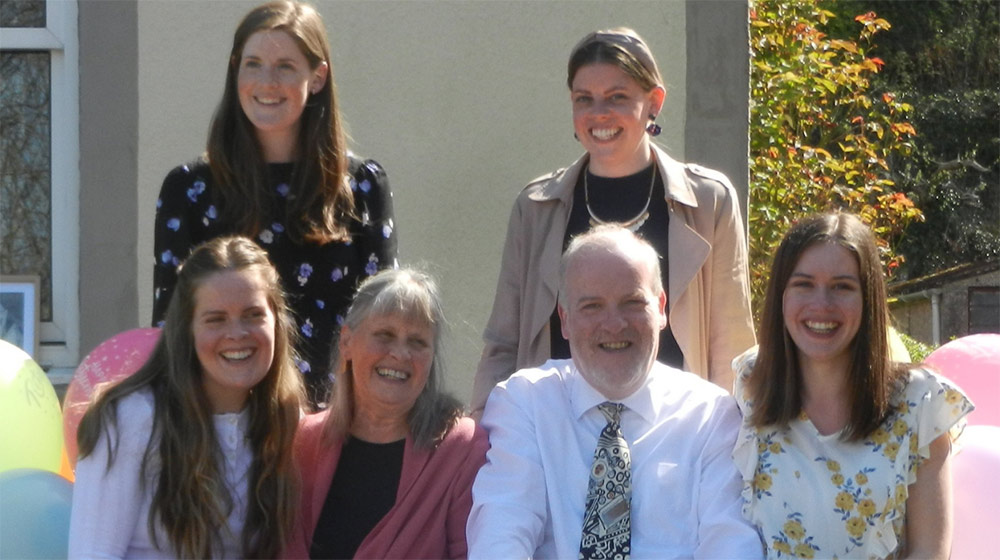 At the Glasgow and Argyll Presbytery meeting in March tribute was paid to Rev. James Beaton who was to retire on the 30th April after 31 years in the congregation of Oban.

Rev. Robert Macleod who spoke said it was both a “privilege and poignant moment as it seemed like bidding farewell to the backbone of ministry in rural Argyll after such a long faithful and fruitful pastorate.”

James [Jimmy] was born in Ayr, where his father was the Free Church minister.  The family later moved to Leith, Edinburgh in 1960 and it was there he began his formal education going on to attend Edinburgh University in 1976 studying Religion and Philosophy.  He later pursued postgraduate studies at Robert Gordon’s in Aberdeen before commencing work for a number of years with Christian Focus.

Having come to faith in 1972 the result of various influences, particularly that of his cousin Charles he went on to be part of the leadership in the fledgeling church plant at Smithton, Inverness.  As an elder within the congregation and particularly under the influence of Rev. David Meredith his sense of call to Christian ministry was stirred and searched.

James began studies at the then Free Church College in 1987 before going on to accept the call to the congregation in Oban, Argyll.  His induction was on the 20th September 1990 and it was to be the beginning of a ministry that would last 31 years.  His ministry there did not just involve Oban but included the islands of Mull and Coll.

By reputation his ministry was marked by his committed pastoral heart, faithful and ever fresh exposition of the glorious gospel of grace and a quiet and humble spirit.

In an address entitled ‘Rural Churches Can Grow’ at a Christian Resources Exhibition, in Peterborough, 26 February 2011 the then Bishop of Peterborough’s among other things said:

“Village ministry is like old fashioned church ministry, they want a person who is visible, who cares for them, who knows their names, who walks around the village, who knocks on doors, who says hello to people and spends time with them, passes the time of day.”

James epitomised that pastor and fulfilled that role over his many years of service.  He had the opportunity to leave on a number of occasions but always remained committed to Oban and the Isles whilst also giving service to the wider community in Argyll along with that of the church community:

James retired at the end of April 2021 leaving a rich legacy of faithful ministry and pastoral wisdom to the congregation of Oban High Free Church.  There are not a few who wished he’d continued on working.  Most of all, they give thanks to God for his care, concern and love for them over many years.

James came to Oban with a gracious and winsome wife [Jenny] and family [Catriona, Rhoda, Joan and Marie] all of whom will not be forgotten in the congregation’s history

“Church vitality is not simply about growing a church, though that may be a natural outcome. Neither are these vital churches limited to the growing suburbs that surround our major cities. Thriving rural congregations have a deep commitment to seeing and being a part of what God is doing in the world around them. They offer a reminder that the narrative we often tell about rural ministry is misinformed. Being a rural church does not mean being a church on life support. Instead, they are places of meaningful and impactful transformation.”  – Allen T Stanton

James retires reminding us all of that truth.

As the family moves to Ose, near Dunvegan, Skye, we wish them God’s richest blessing.