Rev Jerry Taylor, who has a “heart for the north of Scotland”, has accepted a call to be minister of Thurso & North Coast Free Church. 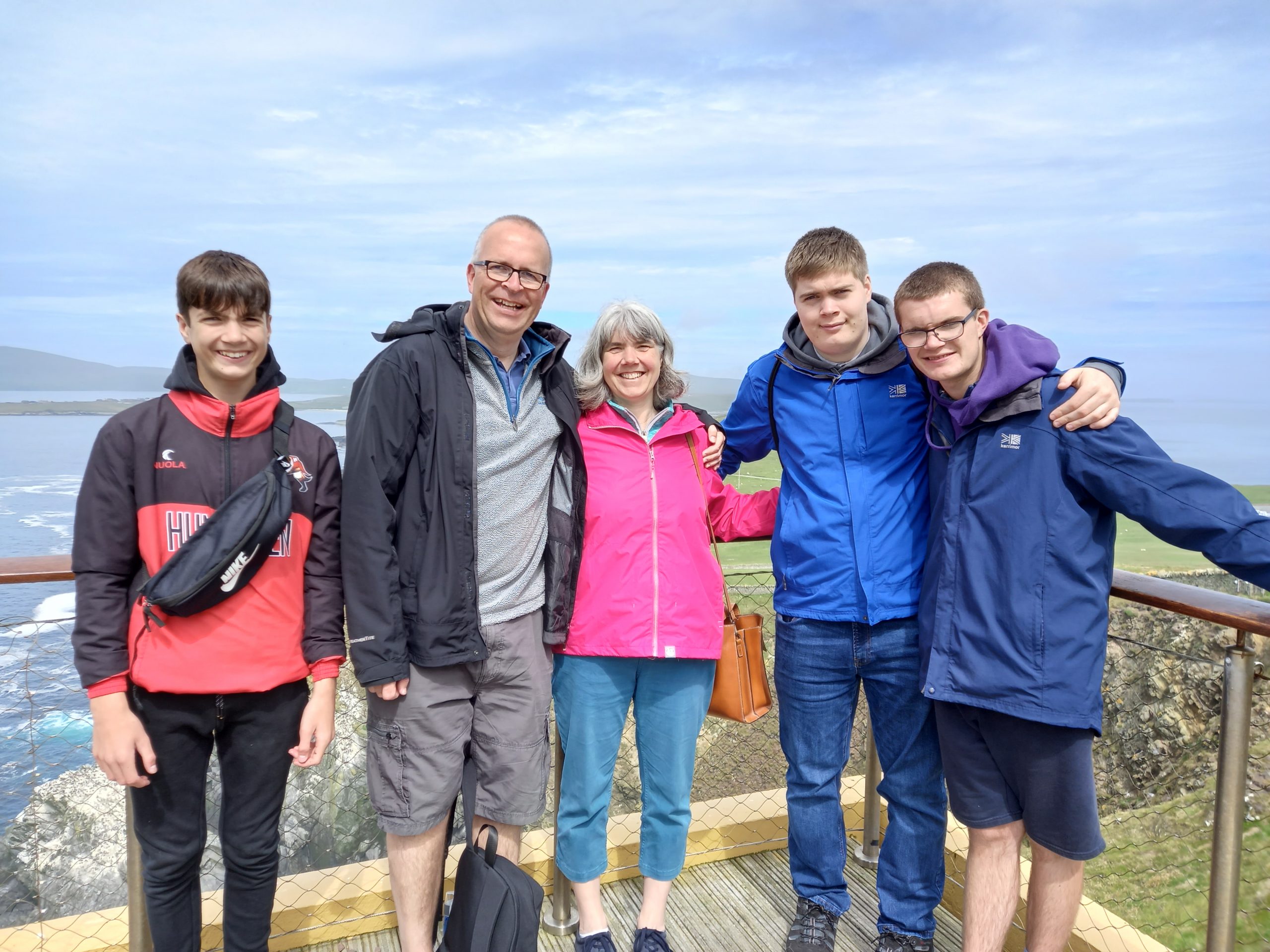 A church minister who has a “heart for the north of Scotland” has accepted a call to be minister of Thurso & North Coast Free Church.

Rev Jerry Taylor has been welcomed into ministry in the Free Church of Scotland after serving for 15 years in the Church of England.

His application to become a Free Church minister was granted at the Commission of the General Assembly in October and it came into effect 3 weeks later. Following a meeting by the Northern Presbytery last week, he has been called to Thurso & North Coast Free Church.

Jerry has spoken about his background, his faith in Jesus and being part of the Free Church ministry. He said that there is a sense of “excited anticipation” as he and his family move to Scotland.

“We are encouraged that when the Lord calls, he equips, and he will provide,” he said.

Jerry has been married to June for over 20 years and they have three sons: Magnus, 19, Erlend, 17, and Olaf, 14. They have been living near Leicester where Jerry has served as a Church of England minister in a small post-industrial town and a rural village for the past 12 years. June was raised in Shetland and has roots in Orkney.

There have been several factors in moving to the Free Church of Scotland, said Jerry, including the theological unity on key doctrines in the Free Church, especially on the uniqueness of Jesus as Saviour, and the vision for a Healthy Gospel Church for Every Community in Scotland.  He looks forward to “more Jesus, more gospel”.

“The Healthy Gospel Church vision is an important and compelling vision for the church. It seems that the harvest is plentiful, but the workers are few,” he said, “but that we have a big God”.

Jerry has shared his own testimony of coming to faith and how that has impacted his ministry.

He said he came to faith at university having seen the “reality of young people reading their Bibles, living their lives for Jesus, and sharing their hope in Him”.  It taught him that life is complicated, but that the Bible is sufficient, and everything else is bankrupt.  He looks back with great thankfulness to God for those 18-20 year olds.

Jerry said: “One of the things that has been a feature of my ministry has been being heavily involved in secondary and primary schools. I’ve had the liberty of taking lots of assemblies and doing Q&As with young people. I want to encourage teachers and staff to be effective Christians in their workplace.  It’s important to build links with youth clubs.”

“One of the things that I’ve learnt is that you can’t wait for people to come to your church building. You have to get involved in things. It’s about praying for gospel opportunities to speak to people. It’s about living our lives as ambassadors and disciples of Christ.

“I’m looking forward to moving north and better understanding life in the community that I’m joining.”

Jerry, who plays clarinet, said he would like to get involved in a music venture – either in a band or choir to get to know people.  He also has an interest in American football, via one of his sons.