Our Church Planting Director Rev. Neil MacMillan catches up with two of our planters to ask about their ministries in Charleston and Merkinch. 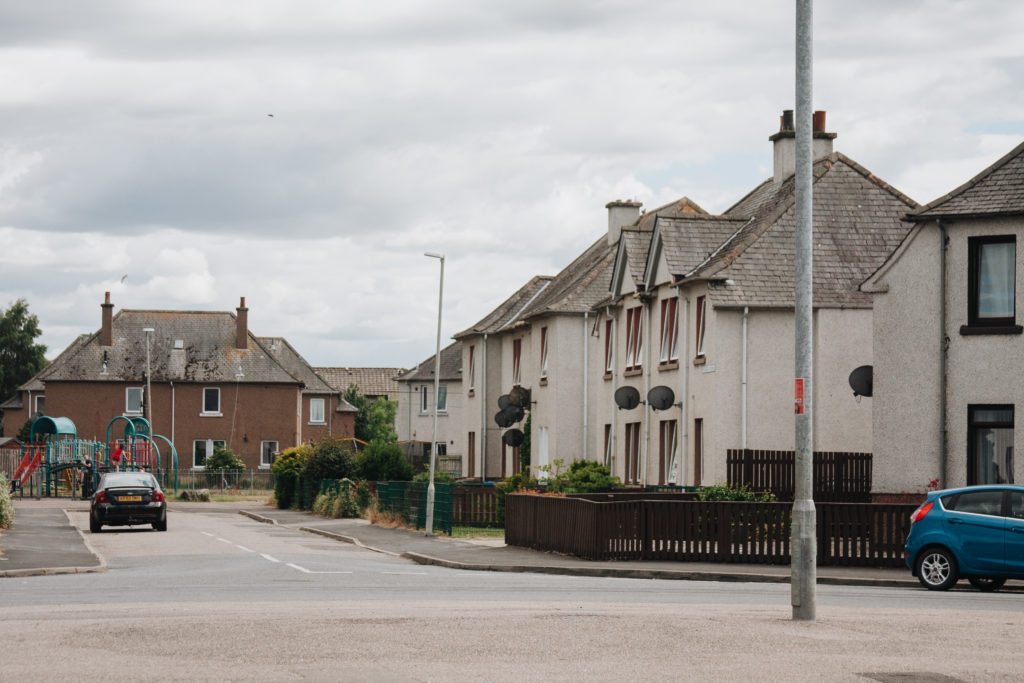 Healthy gospel churches are needed in every kind of community. By some measurements, Scotland is an unreached nation in terms of evangelical Christianity.  And the least reached communities in Scotland are often found in our housing schemes where the rate of evangelical believers can be less than 0.5%. As the Free Church pushes forward with its plan to plant 30 churches by 2030 (30 x 30), we want to make sure that a good number of our new congregations are planted in Scotland’s schemes. Two of these missionary adventures are already underway. Andy Robertson is leading a church plant in Charleston, Dundee and Chris Davidson are leading a plant in Merkinch, Inverness. I spoke to Chris and Andy recently to find out more about what they are doing.

Read on, listen to their stories and call out to God for more mission to the least, the last and the lost in Scotland’s schemes.

Chris: I am tired. I have been conducting a lot of funerals in the local area. Each funeral needs a lot of thought and care. But at the same time – I am encouraged. We are still here after four years. We have new people coming and new members. We have an older couple who may be coming to help us. We are seeing many answers to prayer.

Andy: I have covid! [He did look very peely-wally.] Generally, it depends when you ask! We are plodding on. But there are evidences of God’s grace that we are celebrating. As with Chris – we are still here! We have a good number of non-Christians coming around us, and a couple of new Christians. We have many good contacts with people who are not Christians.

The pandemic undid the work of our first two years because ministry here is all built around relationships with local people and it was tough to maintain all these relationships through lockdowns.

Andy: Charleston, Dundee. It is in the northwest part of the city and is a scheme of about 4,500 people. It’s part of the Lochee Ward, which has three schemes adding up to around 20,000 people. We have lots of social issues relating to crime, mental ill health and addictions. Dundee leads Western Europe for drug-related deaths. Drug use is visible and prevalent. But at the same time, it’s a friendly place with a strong sense of community, a place where people look out for each other. There are lots of good community events. There is, above all, a great need for the gospel.

Chris: Merkinch and South Kessock in Inverness. It is an artificial island and densely populated. It is a friendly, warm and strong community. There is also, of course, lots of hurt, woundedness and despair. Around 5,000 people live here and many of them have strong family roots in the area. It ranks as the eighth-worst scheme in Scotland in terms of deprivation. Domestic violence is one of the big issues. Spiritually, older generations are ‘burnt’ to church by very negative experiences. Younger generations are not so guarded but mostly have no spiritual appetite.

How did you end up there?

Chris: I did an internship at Cornerstone Free Church with you, Neil, and also spent time with 20Schemes [a ministry of Niddrie Community Church, Edinburgh] doing training. I planned to do church revitalisation but doors opened to church planting. The Free North Church wanted to turn their work in Merkinch into a church plant. I visited the scheme, met a few people and fell in love with it.

What grabbed your heart, Chris? In my own conversion I found a sense of the hope that Jesus gives me. I saw that the people I met had a longing for the same thing; they were seeking it. It seemed like an easy place to offer Jesus.

Andy: I was a Relay Worker with UCCF and as part of this did a two-week mission trip to Niddrie Community Church in Edinburgh. I was inspired by this and wanted to be part of it. I went on to train with Chalmers Church in Edinburgh for six years but always with the idea at the back of my mind that I wanted to be involved in scheme ministry. An opportunity in Dundee came along. I grew up here and already had friends from the city and the schemes. I wanted to see happen in Dundee the good things I had seen being done in Niddrie.

What do you love about scheme ministry?

Andy: I love the people. There is a bluntness and honesty in people that’s refreshing. If they don’t think you make sense, they’ll tell you! Honest feedback from preaching pushes you to refine and improve. People are really engaged – they ask questions in the middle of the sermon or afterwards, and have a real interest in the Word.

Chris: It is unpredictable. It has a realness. I also love the Q&A after every sermon. A couple of guys I ministered to have really emphasised the reality of my utter dependency on Christ. The best sermon in the world won’t win their hearts without God’s Spirit.

Andy: Even though I am from Dundee, not being from this part of Dundee still makes you an outsider. It’s great having people from the area to help you get integrated, who know it well and get you connected. We hear comments like, ‘no one’s ever taught us this before…we’ve never heard this before’ – it’s really encouraging. There’s an openness to the gospel and hearing about Jesus, the problem is that nobody’s sat down with them before to talk about the Bible and the gospel. It shows the need for church plants in schemes.

Andy: Monday to Saturday is out on the frontline for evangelism. Sunday is for building up Christians (even though non-Christians come to the Sunday service). We have a drop-in café on Tuesday and Friday, and an addiction recovery group on Wednesday. We also do a lunch for senior citizens once a month with a Bible talk. In addition, we have a youth club in the evenings and I do football chaplaincy with Lochee United. I play football on Wednesday nights, and through the week I do three one-to-ones, one with a non-Christian and two with Christians. I encourage others to do this too; we want to have a culture of discipleship. Sermon preparation also needs a lot of time. The highlight is Sunday – preaching the Bible.

Chris: Mondays are for admin and one-to-ones. Tuesday is team meetings with interns, and then I plan rest of week. We have Bible studies and prayer meetings on Tuesday evenings. On Thursday we run a café and on Friday we have a mental health and addictions group. Again, the highlight is Sunday where we have a real sense of freedom and enjoying each other.

How has Scripture shaped your understanding of ministry to the poor?

Chris: We’re all poor and bereft spiritually. However, for lots of people, if your fridge breaks down you just head to the shops and get another; here, it has a domino effect of stress, anxiety and debt. Scripture speaks into everything with a message of order, peace, and love.

Andy: Some people in the scheme would say they’re poor, others wouldn’t. When we use this term, what we think and expect might not actually be present. The Bible has a bias towards those in society who are outcast and left out – which is often the poor. Doing church planting here, we’re trying to connect with people who, as a church and denomination, we’ve not been connecting with. That’s sad because when you look at our history, it’s what we’ve been very good at. There is an emphasis in the Scriptures to care for the poor. For example, when Paul was approved by the Jerusalem Council, the one thing they asked of him was to care for the poor. It’s good to remember, though, that people sometimes get offended by being called ‘poor people’, and we are wary of using that term.

What would you like to say to the Free Church?

Andy: Let’s have more planting in schemes. We have good opportunities to train planters just now, bringing them in at early stages of the plant to learn what is involved. I would encourage people to think about this and be involved.

Let’s go back to 1843 and our history, to what the fathers of the Free Church did when they started.

Forty-nine percent of the population live in schemes. It’s really hard but it’s great. Our biggest need here is to have mature Christians involved – we need people mature in their faith who can get alongside new believers and non-believers.

Chris: Thank you for the support we’ve received and for people’s prayers. It is a big ask and challenge because this is long-term, multi-generational work. We need partnership for the long-term. We plant in such varying places because we need one another. We’re needy in schemes ministry but we’re not without skills and resources that the wider church needs as well.