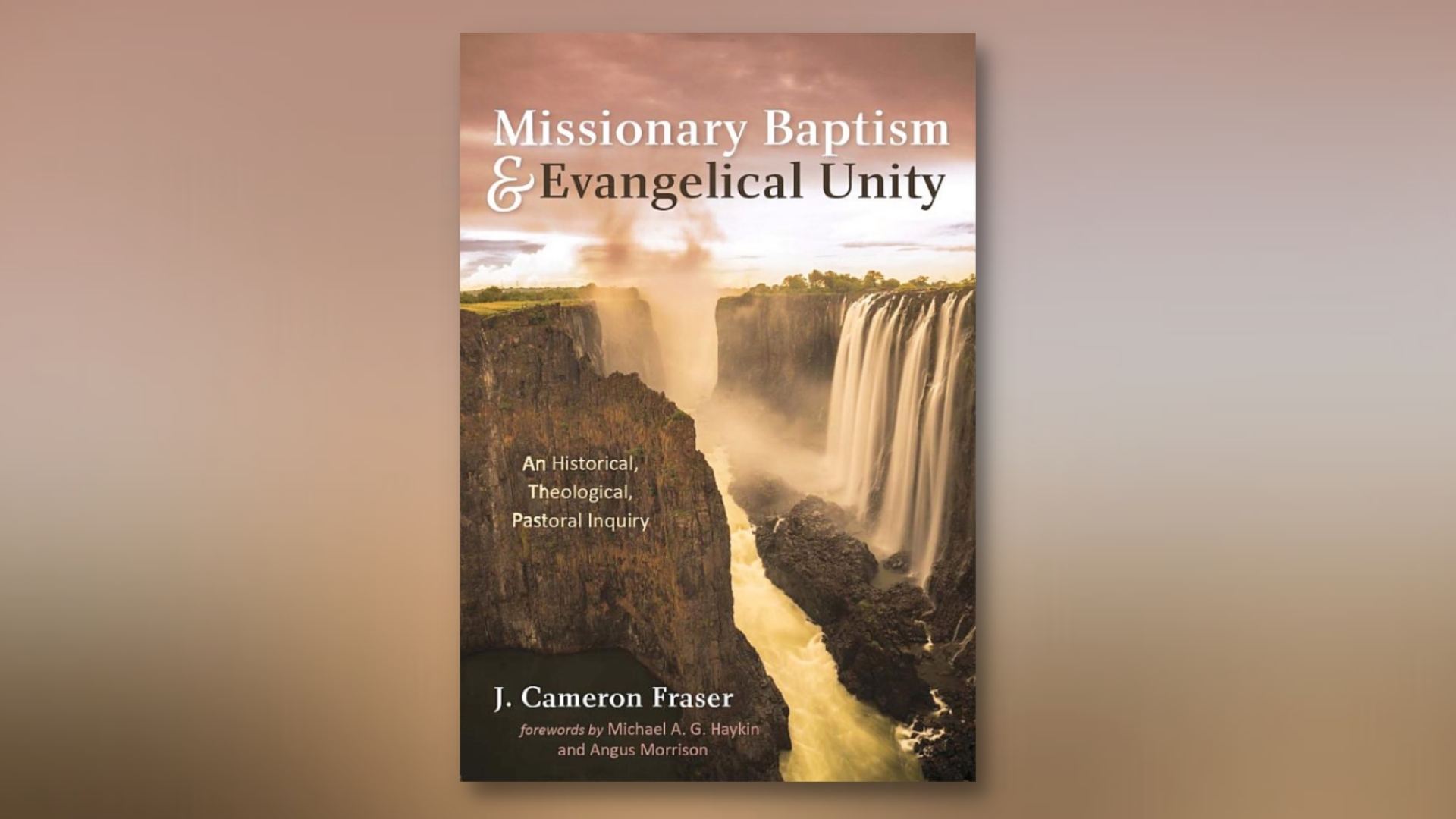 The question of Infant Baptism has divided the Christian Church for centuries.  Despite the thousands of pages of ink spilled on the subject over the years, Protestant Christianity seems to be stuck between two alternatives:  Either baptism in all its fullness is granted to infants, or it is reserved only for those who make a conscious profession of faith later in life.  Both these views have their challenges.  Can paedo-baptists justify applying all the theological significance of baptism to an infant?  Can credo-baptists justify excluding the children of believers from membership of the church?   To deal with these challenges, paedo-baptists have attempted to have a theology of baptism broad enough to allow for the inclusion of infants; credo-baptists have adopted the practice of infant dedication.  Still, the dividing lines remain firmly drawn.

Fraser’s Missionary Baptism and Evangelical Unity is a fascinating addition to the debate because it seeks to offer a middle ground. Drawing on the riches of historical theology combined with his personal experience in the Presbyterianism of the Scottish Highlands and as a pastor in the Christian Reformed Church of North America, Fraser’s book presents the concept of what the author calls ‘Missionary Baptism.’  This refers to the baptisms described in the New Testament where people with no prior knowledge of Christianity came to faith and were baptised along with their whole households.  Fraser argues that this should be recognised as the biblical norm and thus the model from which our understanding of baptism should primarily be derived.  For paedo-baptists, this means acknowledging that even though the vast majority of baptisms seen in our churches today will involve children of believers, these (though numerically much more prominent) should still be regarded as supplementary to the paradigmatic missionary context of the New Testament.

The consequence of this is that Infant Baptism should not be viewed as identical to the baptism of a mature convert.  Instead, it should be regarded as subordinate and supplementary to the ordinary model of baptism being first and foremost for believers who have received the gospel on the frontiers of mission work.  On this basis, Fraser suggests that, if paedo-baptists can view baptism in these terms, their position becomes almost identical to that of the credo-baptist who endorses infant dedication (although in saying this, Fraser acknowledges that infant dedication suffers from a lack of explicit biblical warrant).  And once this similarity is recognised, the division that baptism has carved through Protestant Evangelicalism becomes a much narrower canyon to bridge, hence Missionary Baptism and Evangelical Unity.

To support his thesis, Fraser draws on the insights of one the giants of Scottish Presbyterianism:  William Cunningham.  Cunningham (1805-1861) was a leading figure in the Disruption of 1843 and succeeded Thomas Chalmers as Principal of New College in Edinburgh.  Cunningham offered a bold viewpoint on baptism.  He argued that although Infant Baptism is fully sanctioned by Scripture, it must be recognised as supplementary to the baptism of believers who have come to faith, which is the primary model the New Testament presents.  Moreover, Cunningham maintained that the teaching of the Westminster Confession of Faith regarding baptism was written with believers baptism primarily in view; the baptism of infants is supplementary to that.  Thus, Cunningham has a two-layered view of baptism which sees the baptism of mature converts as the biblical norm, the baptism of infants is not identical, but supplementary.  Fraser argues that such a two-layered approach is not at all far from the position of infant-dedicating Baptists, and thus opens the doors to unity.

Cunningham’s position has proved controversial and Fraser helpfully surveys the criticisms that have been made.  However, although Fraser endorses Cunningham’s viewpoint, the book could have given further weight to Cunningham’s argument by noting that circumcision, paedo-baptism’s Old Testament shadow, can also be argued to reflect a two-layered dimension.   It should be remembered that the first and paradigmatic circumcision was a believer’s circumcision which was then supplemented by the command given to Abraham to put the same sign on his child.  Moreover, it also should be noted that although Cunningham made important and provocative points about baptism, he never wrote an extensive analysis of baptism itself.  All his comments come within wider discussions about the sacraments in general, rather than baptism in particular, so care ought to be taken when summarising precisely what Cunningham’s view of baptism was.

After his analysis of Cunningham, Fraser goes on to explore various different approaches to the baptism question that have arisen among paedo-baptists.  This is an immensely helpful summary, and Fraser writes with clarity, humility and insight.  The result is that the reader is given a very clear introduction to the complexities of how infant baptism has been understood by its advocates.  This alone makes the book a fascinating and valuable read which is to be highly recommended for anyone seeking to go a little deeper into the subject.  Moreover, Fraser’s tone throughout the book is exemplary.  On a topic that has caused so much controversy, it is immensely refreshing to read a work that is deeply respectful to the opinions on all sides of the argument.  The book’s greatest strength, however, is not what teaches about baptism, but what highlights about unity.  In an era of appalling division in the Reformed Church, this book is a wonderful reminder than when asking the question “Should evangelicals be united?”  there are very, very few circumstances where it is justifiable for our answer to be “No.”  Whether you will agree with Fraser or not, his attempts to build bridges across centuries of division is not only to be commended, it is an example that all of us must strive to follow.

This book is available to purchase from Mound Books.