Margaret Smith has made around 60 batches of marmalade to raise money for Free Church Youth Camps. 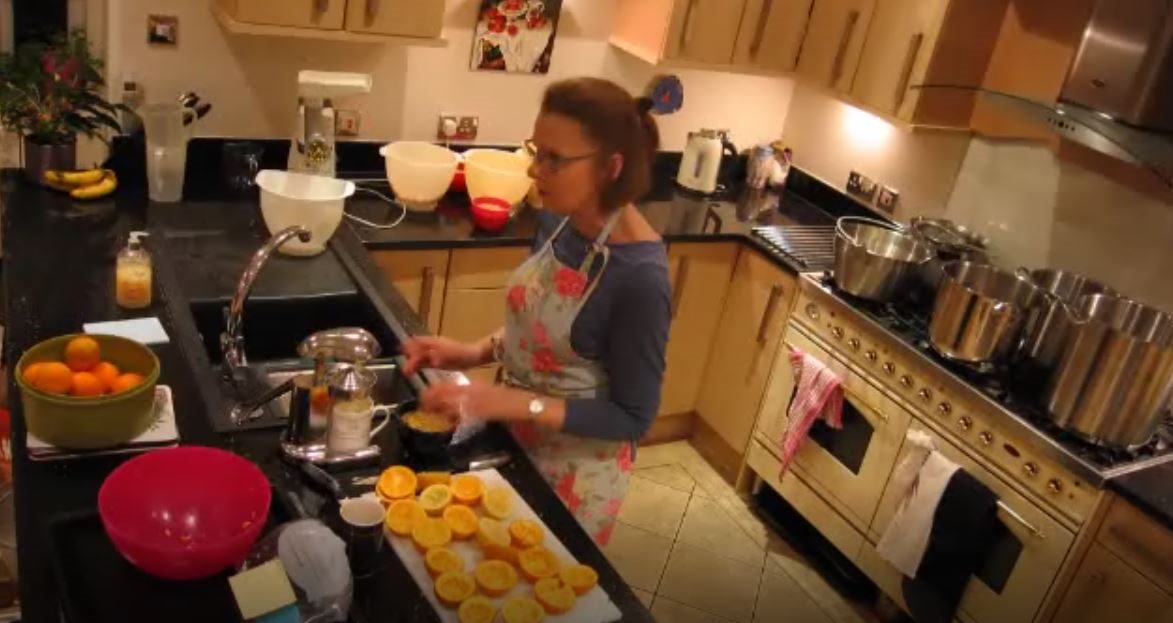 Around 1,200 jars of marmalade have been made by a Free Church member in the past three months to raise funds for the annual Free Church Youth Camps.

Margaret Smith, previously of Bon Accord, Aberdeen and now a member of Smithton Free Church of Scotland in Inverness, has taken up the mammoth challenge of making batches of marmalade each year to help fundraise for the summer camps for youngsters aged 10 to 18. This year, Margaret has made around 60 batches of marmalade that are being distributed. Around £2,500 is set to be raised through donations.

She mostly makes the batches from her home in Inverness, but also spent time in Aberdeen to make around 300 jars of marmalade in her friend’s kitchen, for the Aberdeen cohort of supporters!

“I challenge myself to work as efficiently as possible,” said Margaret. “I really enjoy it! I love the conversations that it brings about. People keep jars for me all year around and bring them around for me. It’s a great opportunity to share about what I’m doing. I love all aspects of it.”

For Margaret, the venture is one that is close to her heart.

She said: “I started making marmalade for the youth camps about 5/6 years ago. Before that my brother-in-law, the Rev Donald Smith, was a missionary in Lima. He was the principal for the Seminario Evangelico de Lima in Peru. I used to make marmalade to raise funds for SEL.”

Following Rev Smith’s retirement, Margaret wanted to continue raising funds for a good cause. The Free Church Youth Camps was first choice as the family have many connections and fond memories of the camps.

“My husband Sandy and I met at a Free Church Youth Camp in Lairg, in Sutherland, 1970. I was a cook at the camp and Sandy was one of the leaders.” she said.

Sandy continued to be a camp leader mainly at hillwalking camps for many years, and Margaret went on to cook at a variety of camps. Their children went to camps every year. Now her daughter and son-in-law, Fiona and Michael Mackenzie, are themselves camp leaders.

“Looking back, God has blessed the camps so much over the years,” she said.

Many young people grow up through the camps, give their lives to Christ and make lifelong friends, she added, and so she is thankful to be able to help raise funds.

Plans for this summer’s Youth Camps are well under way. A host of summer camps are taking place for youngsters. Places are still available for Renfrew Juniors, Renfrew Kids, Oswestry Juniors and Junior Football.

For more details, go to: www.freechurchyouthcamps.org