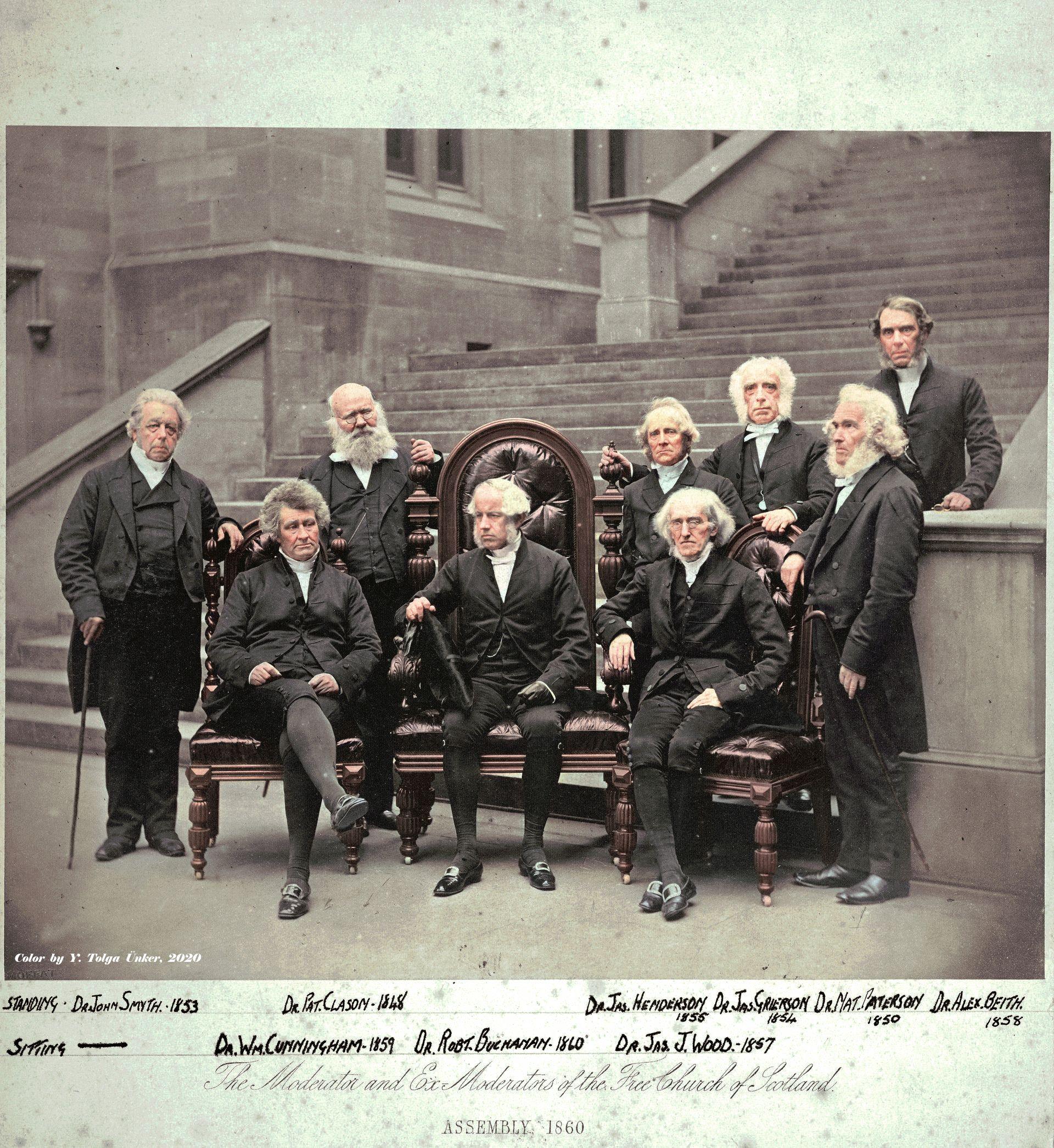 On 31st October 1900, 26 ministers of the Free Church of Scotland sought to enter the New College in Edinburgh. They found the gates locked and an angry janitor obstructing their way. These men formed the nucleus of the denomination we know today. But what do we know of what they stood for? And what do we know of the ecclesiastical tectonic plates which moved in the nineteenth century and resulted in this moment? It is an event of which we rarely think now, though it has important implications for how as a Church we engage with our society, and particularly the various authorities in modern life, be that central or local government or non-governmental organisations.

The roots of the stand made in 1900 go back to two important events in the 1840s: the Disruption of 1843, with which many of us are familiar, and also the union of the seceding churches in 1847, which resulted in the formation of the United Presbyterian Church. The Disruption relates to that moment in 1843 when one-third of the Church of Scotland walked out of the General Assembly to form the Church of Scotland, Free. In 1847 an entirely separate denomination was formed from various churches that had left the Church of Scotland in the eighteenth century; this new denomination was known as the United Presbyterian Church.

In Dr Ryan Mallon’s monograph, Dissent After Disruption, the author seeks to detail the issues which distinguished these two new denominations in the early period of their formation. The most significant difference was the clash between the Free Church position on the Establishment Principle and the voluntaryist approach of the UPC. In essence, the Free Church held that the State has an obligation to support but not interfere with the life of the church, whereas the United Presbyterians held that there ought to be absolutely no connection between State and Church in either direction.

Dr Mallon has written a magnificently and meticulously researched book that conveys detail and nuance by way of beautiful, readable prose. It is divided into four parts, and the first, also titled ‘Dissent after Disruption’, explores the history of both voluntaryism and the Establishment Principle. The second part covers ‘Co-operation and Incorporation’, where the desire for co-operation and the impetus for union is considered. The political themes of the period are under consideration in the third part, where issues around anti-Catholicism, bigotry and liberalism are brought into focus. The concluding section looks at attempts to reform Scotland through Social Reform and a scheme of national education.

Dissent After Disruption covers the period 1843 to 1863. The latter date is significant because this was when the Free Church first began exploring the prospects of union with the United Presbyterians.  Efforts at union would persist for the remainder of the 19th century, coming to their dénouement on 31st October 1900. The men of the Free Church who refused to enter the Union were dubbed, amongst other things, the Minority.

There is a narrative that suggests that the Free Church of 1843 was conflicted on the question of the Establishment Principle, though this is belied by Chalmers’ sermon with the oft-quoted words, ‘Though we quit the Establishment, we go out on the Establishment principle; we quit a vitiated Establishment but would rejoice in returning to a pure one. We are advocates for a national recognition of religion – and we are not voluntaries.’ This was later published, and later still used and relied upon in the court case of 1904 when the Minority sought to recover the property of the pre-1900 Free Church.

While there are many publications that cover the Disruption itself, there are precious few which examine and consider the post-Disruption period in a scholarly way and in the context of the principle and practice of the time. I found this book to be insightful and helpful both in identifying primary source material and in bringing helpful analysis of it. For anyone interested in this period, Dr Mallon’s work is of importance and is to be recommended.

This book is available to purchase from Amazon or Waterstones.