An overview of the Mission Board report at the General Assembly 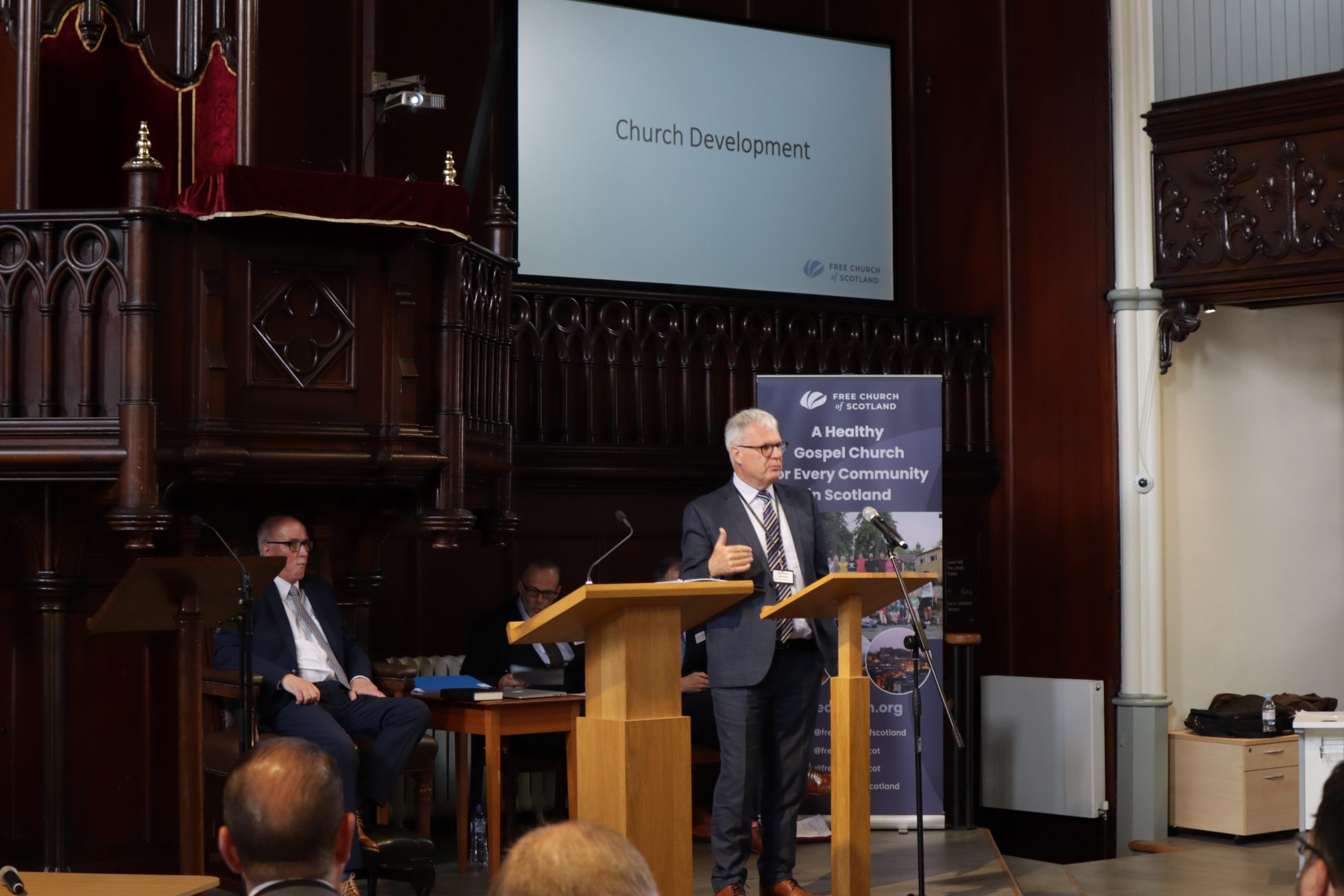 One of the first general assemblies was held in Jerusalem in the first century.  It was triggered off by conflict but soon developed into a mission inspired launching pad.  Just like our General Assembly there was a report about ‘everything God had done’. The language to describe that assembly sounds strange but refreshing to modern ears, ‘they told how Gentiles had been converted.’

The report of the work of the Mission Board is also an account of a slow but steady work of God.

Logic may tell the Scottish Church to retreat.  Secularism is on the rise, the percentage of the church going population of Scotland is in dramatic decline.  We believe that these signs point us towards greater effort, not less. As a denomination we are moving into towns like Galashiels and Montrose.  We are looking to establish churches in new locations like Tornagrain, Inverness and old areas like Leven in Fife.  God has given us a vision of people who are lost and hopeless and in need of the Lord who is the shepherd.

Results and biblical precedent tell us that church planting is one of the most strategic and effective ways of bringing new disciples into the church.  Substantive growth does not come from transfer but from conversion of the Gentiles as we see in Acts 15.

Our mission is not simply to Gentiles but to Muslims, Jews, Buddhists and atheists. We have been blessed to tell our Islamic friends that the true Allah is non other than Jesus of Nazareth  He is no mere prophet but the light of the world.

The days of the pith-hatted preacher has gone.  It was always the case in the Free Church that the typical missionary may have been a slightly built lady witnessing on the slopes of the Andes or engaged in medical work in India. These days we are please to support discipleship in Cambodia, theological education in south-east Asia and also medical training in some of the darkest, and we mean darkest, nations in the world.

Our church planting efforts are not limited to 30 X 30 Scottish congregations but we are actively supporting church planting movements in Nepal and India.  Ministry is done most effectively by nationals but we need more resources to equip them for frontline ministry among those who have never heard of Jesus.

Revitalisation quite a suggestive word.  It suggests life coming back to where it once was.  We run a training track for congregations which had once seen better days.  Think of the congregation of Pairc on the island of Lewis which once witnessed revival.  Now, as a result of massive depopulation and social change the picture is very different.  The congregation sense that God could move again and are meeting to train and encourage each other in personal evangelism.  Campbeltown was once on the verge of closing but new people have recently joined the congregation with a sense that God can move again.

So, that’s a taste of the Mission Board Report.  We could also tell of youth camps, a vibrant youth conference, a burden for Christian education and so much more.

Pray for us. Fund us. Work with us.  It’s a great gospel adventure with good news for a sad world.