The Commission of Assembly has announced the Moderator-Designate for 2023. 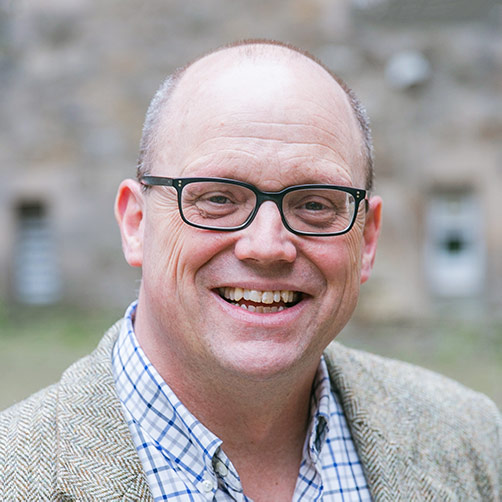 This evening’s Commission of Assembly has announced that Prof Bob Akroyd has been nominated to be the Moderator-Designate of the General Assembly of the Free Church of Scotland for 2023.

Commenting on his nomination Bob said: “I feel honoured and humbled to take on this role.  Almost thirty years ago, I came to faith by listening to a cassette tape of Douglas MacMillan preaching from Matthew 2.2.  I have a great debt of gratitude to the Free Church of Scotland and to its people.  It has been such a pleasure and privilege to be part of the Buccleuch congregation, to serve alongside Alex MacDonald as assistant minister and now to teach at ETS.  I am particularly grateful for the practical and prayerful support I have received from so many friends over these last 18 months.”

Bob oversees Systematic Theology and Practical Theology at Edinburgh Theological Seminary. His nomination as Moderator-Designate has been welcomed by Rev Iver Martin, Free Church Moderator for 2022 and Principal of Edinburgh Theological Seminary, who said: “I am delighted that my colleague has been recognised in this way. I wish him every blessing for next year’s Assembly.”

Bob has shared his background of growing up, coming to faith and being involved in the Free Church. Bob, who hails from New Jersey, was adopted by Denny and Ruth and has one sister, Nancy. He studied American History at the University of Virginia. He came to Edinburgh to study Scottish and Irish Nationalism under the supervision of Owen Dudley Edwards. While in Edinburgh, he began to attend Buccleuch Free Church and Holyrood Abbey Church of Scotland where he benefitted from the ministries of Donald Macleod and James Philip. Bob came to faith in 1993. He became a regular volunteer at Bethany House. There he met Heather Johnston. Bob and Heather married in 1999. They enjoyed travel, cooking, and entertaining many friends and visitors in their home. Heather passed away in July 2022.

He graduated from the Free Church College (now Edinburgh Theological Seminary – ETS) in 1999 and became the assistant minister at Buccleuch Free Church serving with his colleague and friend, Alex MacDonald. Bob also served as an honorary chaplain at the University of Edinburgh and became a Prison Chaplain at HMP Edinburgh in 2001. Bob continues to serve at HMP Edinburgh which has a staff team of over 300 and a prisoner population of 900.

Bob completed an MTh at New College on B. B. Warfield. In 2012, he was appointed to oversee Systematic Theology and Practical Theology at the Free Church College (now ETS). As a historian, Bob is interested in Abraham Lincoln, the Great Awakening, and the lives of key figures in Church History such as Hudson Taylor, Charles Spurgeon, D.L. Moody, and James O. Fraser. Bob is interested in evangelism and the person and work of Christ. As George Whitefield said, “Other men may preach the gospel better than I, but no man can preach a better gospel.”